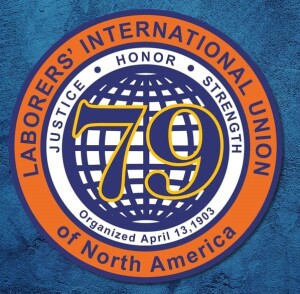 Ralph had a fulfilled life working hard, traveling and being actively involved with his niece and nephews. Ralph had an unbreakable bond with his older brother, Michael was forged at the passing of his father at his untimely death. At a young age they worked alongside each other to support their mother. He often spoke of his early childhood labors at his grandfather's piano store in Brooklyn and later at his Aunt Bella and Fanny's beauty parlor, located on Ocean Parkway.

Ralph was born in Jersey City, but after his father's untimely death his family moved back to Brookly where he graduated from Lincoln Highschool. As a young man he later returned to Jersey City with his mother to start his career as a banker.  the draw to be closer to his brother who prompted his move to Nutley. He began his career as a Bank officer for Chemical bank and then Chase Bank at the World Trade Center for thirty years. He then was employed by Local 79, New York City as a construction worker for twenty years before retiring. Ralph years at the world trade center were far from uneventful.  He was fortunate to have survived both the car bombing of 1993 at the attack on 911.  He spoke of those tragic events and was truly grateful God protected him when so many perished. He had a renewed look on life after retirement and began to travel the world with his cousin Kathy Lomando. He visited China, Egypt Greece France just to name a few, but his fondest memory was his visit to Italy.  He was able to return to his father's birthplace in Gravina and meet his Conca cousins.  Ralph remained active in his retirement, but the call to go home was too strong. He passed on his brother's two-year anniversary.

He is survived by his loving nephews Jack, Louis, Michael, Ralph, Mark, Christopher, Daniel and Philip Conca and his caring niece Anna Quinn; and his dear sister-in-law Ann Conca.

Mr. Conca is predeceased by his parents Giacomo and Mary (nee Mazzilli) Conca, and his brother Michael Conca.

To send flowers to the family or plant a tree in memory of Ralph J Conca, please visit our floral store.