Share a memory
Obituary & Services
Tribute Wall
Read more about the life story of Mary and share your memory.

Mrs. Mary I. (nee Spera) Yanuzzi, 96, of Caldwell, NJ, formerly of Belleville, passed away on Sunday, January 22, 2023 after a brief illness.  Visitation will be at the Biondi Funeral Home of Nutley, 540 Franklin Avenue on Friday, January 27 from 3:00 p.m. to 7:00 p.m.  There will be a funeral mass celebrated at Holy Family Church, 28 Brookline Avenue, Nutley on Saturday, January 28 at 10:30 a.m.  The interment will be held privately.

Mrs. Yanuzzi was born in Newark, NJ and resided in Belleville for most of her life.  She was a graduate of St. Vincent’s Academy in Newark, and Berkeley College.  Before retiring, Mrs. Yanuzzi was the co-owner with her late husband Adolph of D’Allegro Public Service Pharmacy in Newark.  She and her husband were equal partners, with Mrs. Yanuzzi conducting all of the financial aspects of the business.  Her last eleven years were spent with her loving son Donald, her daughter-in-law Antonia, and her devoted grandson Nicky.

She is survived by her beloved children Commissioner Richard P. Yanuzzi, and Donald J. Yanuzzi and his wife Antonia; her cherished grandson Nicholas D. Yanuzzi; her loving sister-in-law Jean Spera; and her dear nephew and niece James Spera and Toni Marie Spera.

To send flowers to the family or plant a tree in memory of Mary I. (Spera) Yanuzzi, please visit our floral store. 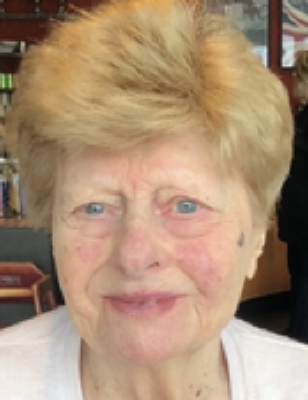