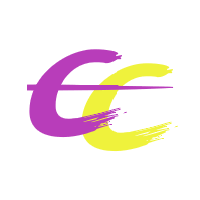 Mr. Mark A. Siebenaler, 53, of Nutley, formerly of Nanuet, NY, passed away peacefully at his home surrounded by his loving family on April 28, 2022. Visitation will be at the Biondi Funeral Home of Nutley, 540 Franklin Avenue on Tuesday, May 3 from 3:00 p.m. to 6:30 p.m. There will be a funeral service at 6:30 p.m. The cremation will be held privately.

Mr. Siebenaler was born in Suffern, NY and was a resident of Nanuet, NY before moving to Nutley, NJ in 2006. He was employed as an assistant parts manager for Lincoln Mercury, Wayne for twelve years. He was also the co-founder along with his wife Valarie of Collector’s Crate, Nutley since 2010.

To send flowers to the family or plant a tree in memory of Mark A. Siebenaler, please visit our floral store.