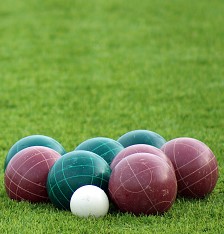 Mr. Giuseppe Calandra, 88, of Belleville, passed away on January 21, 2022 at his home surrounded by his loving family. Visitation will be at the Biondi Funeral Home of Nutley, 540 Franklin Avenue on Tuesday, January 25 from 4:00 p.m. to 8:00 p.m.  The funeral will be conducted from the funeral home on Wednesday, January 26 at 9:15 a.m. The funeral mass will be celebrated at Holy Family Church, 28 Brookline Avenue, Nutley, at 10:30 a.m.  The entombment will be at Glendale Chapel Mausoleum, 28 Hoover Avenue, Bloomfield

Giuseppe was born in Palermo, Sicily, Italy before emigrating to Newark, NJ in 1960. He resided there for many years before moving to Belleville fifty-four years ago. After emigrating from Sicily, he began his working career as a bread baker for many years before being employed as a Shop Steward for Westinghouse, Newark for twenty years before retiring.  He was a proud member to the Societa Italiana Unita Italia ’82.  Giuseppe enjoyed his time at his shore house in Green Island, Toms River surrounded by his dear family. He also enjoyed playing bocce and cards with his friends; his weekly Sunday family dinners and attending his grandchildren’s sports and activities.

Giuseppe is survived by his beloved wife of 58 years Anna (nee Duminuco) Calandra; his loving children Caterina Anderson and her husband George, Angela Cangiamila and her husband Tommy, Giacomo Calandra and Salvatore Calandra and his wife Trish. He was affectionately known as Nonno to his cherished grandchildren Joseph James, Joseph Vincent , Nicholas, Liana, Talia, Gianna, Ava, and Gabriella; he is also survived by his many loving nieces and nephews in Camporeale, Sicily.

Giuseppe is predeceased by his parents Giacomo and Caterina (nee Giamalva) Calandra and his sister Santina Saladino.

To send flowers to the family or plant a tree in memory of Giuseppe Calandra, please visit our floral store.