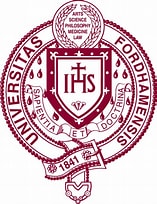 Dr. Anthony N. Baratta, Distinguished Professor Emeritus of Fordham University, Graduate School of Education, of Nutley, NJ and Boca Raton, FL died on April 7, 2021 at the age of 95. Born October 21, 1925 in Martins Creek, Pennsylvania he was the son of the late Gaetano and Antoinette (Galio) Baratta. His devoted and beloved wife, Philomena (Mae) LaPenna, were married in 1949 and celebrated their 71st wedding anniversary last November.

Dr. Baratta was a World War II veteran serving in the U.S Navy from December 1943 to May 1946 as a Radio Operator in Oran, Algiers in Africa, Naples, Italy and Palermo, Sicily. Upon discharge he pursued a college education through the G.I. Bill of Rights, which provided him the “opportunity, finances and motivation.”

His academic studies began in 1946, achieving his Bachelors, Masters and Doctorate in Education from Penn State in 1961. He began his career as an elementary school teacher 1949, followed by a Teaching Principal, 1952 in PA. In 1957, he moved to State University College in Geneseo, NY, serving as Coordinator of Latin American Education Program with participants from 12 counties from Central and South America. This program became the subject of his doctoral dissertation, which expanded and informed his affinity for multicultural education.

Dr. Baratta served as a tenured Distinguished Professor of Education in the Graduate School of Education at Fordham University from September 1961 until August 2008.  His noteworthy 47 years included positions of Associate Dean, Chairman of the Division of Administration and Supervision and Chairman of the Division of Curriculum and Teaching. Visiting Professor at California State University at Los Angeles 1975, Southwest Texas State 1979 and made numerous teaching visits to Sunshine College in Nagoya and Tokyo, Japan.

Fordham University, a Jesuit academic bastion, was a source of tremendous pride and accomplishment for Dr. Baratta. At Fordham University he personally mentored over 100 + dissertations, and his graduates hold positions as teachers, principals, professors, superintendents and college presidents. He taught thousands of students and was a pioneer in developing programs, degrees and major grants to elevate minority students into leadership roles from Kindergarten to Ph.D. He was a visionary dedicated to ensuring racial equality in education.

Among his professional highlights; he chaired and developed the Instructional Administrators Program (IAP) funded by the Ford Foundation conducted from 1968- 1972, a landmark grant to prepare sixty black and hispanic minority administrators for leadership positions in NY City Public Schools with great success. This enlightened partnership with a major foundation, was a proud career accomplishment that addressed a major need and achievement.

He built lifelong friendships with his colleagues, students and mentees. His wife, Mae was his constant partner through these enriching events and relationships. All five of their children attended Fordham, and son, Thomas, received his Masters degree at the Graduate School of Education.

The capstone of Dr. Baratta’s career came when he earned the title of Distinguished Professor, which was conferred by Reverend President Joseph A. O’Hare at the Faculty Convocation on October 26, 1997. In March 2001, Dr. Baratta received the Bene Merenti Award for 40 years of service.

Dr. Baratta co-edited three books and published numerous research and journal articles. Other highlights include, serving as Judge for 20 years at the NYC Championship of the National Spelling Bee sponsored by the New York Daily News at Madison Square Garden. He loved nurturing students of all ages and loved words with a passion!

In 1961 the family moved to Nutley, NJ, there Dr. Baratta enjoyed an active civic life and joined numerous boards and committees, including the Nutley Brotherhood Committee, assisted in numerous political campaigns. Appointed to the Nutley Board of Education from 1981-1988, elected President, two years and worked tirelessly to pass school board budgets to enhance education of all Nutley students. He also served on St. Mary’s Roman Catholic Church Finance Committee for 12 years from 1998 to 2010. He was appointed to the Shade Tree Commission in 1980, serving 15 years. He was appointed as a Nutley Hall of Fame judge, serving 10 years.

In 1999 he and his wife Mae, transitioned to Florida, there he became involved with Fordham University Alumni Association, Palm Beach Atlantic University Advisory Board, Il Circolo Italian Cultural Society, Sabal Point Board of Directors, 2009-2017, President 2010-2013. In the Summer of 2007 he began painting and exhibited his work at the Sabal Point art exhibition on 2011. He lived a full and rich life, was proud of his Italian heritage and fervently believed in his Roman Catholic faith. In his own words from the title of his autobiography, “What A Ride!"

To send flowers to the family or plant a tree in memory of Dr. Anthony N. Baratta, please visit our floral store.