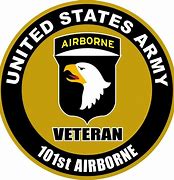 Mr. Angelo R. Frannicola 78, of Nutley, NJ, passed away on Monday, February 22, 2021 at St. Barnabas Medical Center, Livingston.  Visitation will be at the Biondi Funeral Home of Nutley 540 Franklin Avenue on Sunday, February 28th from 1:00 p.m. until 5:00 p.m. There will be a funeral mass celebrated at the Cathedral Basilica of the Sacred Heart, 89 Ridge Street, Newark on Monday, March 1st at 10:30 a.m. The interment will be at Holy Cross Cemetery, North Arlington with military honors.

Angelo was born in Newark, NJ and resided in Nutley for the past 42 years. He attended Sacred Heart School and had the honor of being a Page Boy when the Cathedral Basilica opened in 1954. Angelo was a graduate of St. Benedict’s Prep in 1960. He served his country proudly in the United States Army 101st Airborne Division during the Vietnam War. He earned a Bachelor’s Degree from Montclair State University in 1974, and a Master’s Degree in Education from Seton Hall University, in 1981.

Angelo spent 27 years as a Physical Education teacher/Athletic Director in Newark, working at both the old Vailsburg and Weequahic High Schools. He was the Athletic Director of Nutley High School from 2001-2006 before his retirement. After that he served on the Nutley Board of Education from 2007-2010.

Angelo was an ASA/USA Softball Metro Newark Commissioner for 40 years.  He was a football and basketball official as well as a baseball and softball umpire for over 50 years. Most recently, he was a mentor for student teachers under the direction of Montclair State University and Caldwell College.

He is survived by his beloved wife of 48 years, Toni (nee Ciccolini) Frannicola; his devoted children, Robert Frannicola and his wife Alicia, and Antoinette Giglio and her husband Joseph; his cherished grandson Michaelangelo; his dear brother-in-law Jack Kopidlowski, and his dear sister-in-law Loretta Kopidlowski.  He is also survived by his loving nieces and nephews Anthony and Ruth Sgobbo, Anita and Jose Rodriguez, Joseph Kopidlowski and his fiancé Christina Hunter, and Peter and Jaclyn McKenna; his great-nieces and nephews Brooke Sgobbo, Jake Kopidlowski, Peter and Loretta McKenna; and also his loving furry companion Bella.

Angelo is predeceased by his parents Nicholas and Virginia (nee Fiaella) Frannicola, and his sister Annette D’Angelo.

In lieu of flowers, donations can be made to The Angelo Frannicola Memorial Foundation, which will help future athletes achieve their dreams.

Due to the COVID-19 Pandemic occupancy limitations, visitors are asked to pay their respects in a timely fashion and exit in order to allow others the opportunity to enter the funeral home. Visitors are also required to wear a mask and practice social distancing.

To send flowers to the family or plant a tree in memory of Angelo R. Frannicola, please visit our floral store.