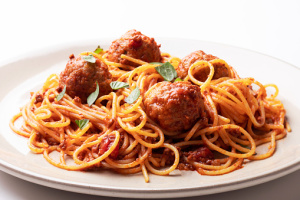 Adelia (nee DiPaolo) Russo, 87, of Nutley, NJ passed away on Saturday, September 17, 2022, at Mountainside Hospital in Glen Ridge, NJ.  There was a private viewing held at the Biondi Funeral Home of Nutley, 540 Franklin Avenue on Wednesday, September 21 from 10:00 a.m. to 12:00 p.m.  Relatives and friends are invited to attend a funeral mass celebrated at Holy Family Church, 28 Brookline Avenue, Nutley on Thursday, September 22 at 10:30 a.m.

Adelia was born in Chieti, Italy under Mussolini’s reign, and immigrated to the United States via Ellis Island in 1956 with her family aboard the ship “Vulcania”.   Four years later she was thrilled to finally become an American citizen.  Adelia resided in Newark and Nutley, NJ and was employed as a supervisor in a seamstress factory for many years before retiring.  Her greatest love and joy was for her family and grandchildren.

Adelia enjoyed spending time with her family fishing and crabbing with her younger grandchildren, opera, vacationing , Atlantic City, watching her soap operas, and proudly sharing her Italian heritage with family.

She had a passion for cooking and worked alongside her younger brother Vincenzo DiPaolo at his bakery, DiPaolo Bakery in Verona, for many years.  Her favorite place was around the dinner table surrounded by family and friends, chatting and enjoying the food she lovingly prepared and drinking great wine together.

She is survived by her beloved children Elisa Russo and Anna Lucia Russo Fabricatore; her loving siblings Vincenzo DiPaolo and Rocco DiPaolo; and her cherished grandchildren Michael Gonzalez, Victoria Gonzalez, Zachary Gonzalez, Marc Fabricatore, and Michael Fabricatore.  She is also survived by her many loving nieces and nephews.

To send flowers to the family or plant a tree in memory of Adelia (DiPaolo) Russo, please visit our floral store.

A Memorial Tree was planted for Adelia

Join in honoring their life - plant a memorial tree